HomeBlogUncategorizedDuring the bolt tightening process, only 10% of the torque is converted into clamping force. Do you believe it?
Posted on in
Uncategorized

During the bolt tightening process, only 10% of the torque is converted into clamping force. Do you believe it?

Today we will use formula calculations to prove whether the above statement is correct! 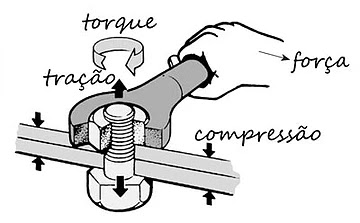 μk=The friction coefficient between the nut and the connected part

μg=Coefficient of friction between nut and bolt thread

Mg = friction torque between the nut and the connected part

2α is the thread profile angle

Expand the thread along the diameter, as shown in Figure 2, the thread helix angle

The analysis acting on the thread is shown in Figure 3, where the forces are balanced. 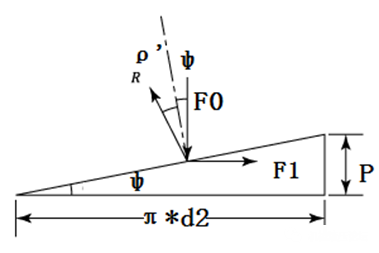 Then the component force F1 in the horizontal direction is: 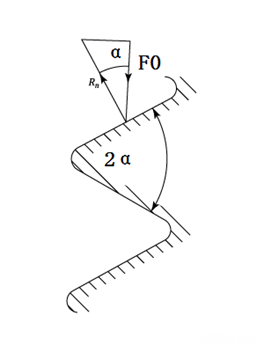 Since the thread helix angle is generally very small,

Substituting formula 2 and formula 6, formula 4 can be expressed as

For standard common metric threads, the profile angle 2α is 60°

Therefore, the tightening torque M can be expressed as:

The rest is the torque converted into bolt pre-tightening force

The torque to overcome the friction at the thread is F0*0.58*d2*μg

The torque to overcome the friction at the bearing surface of the nut is F0*μk*Dkm/2
The torque converted into bolt pre-tightening force is F0*0.16*P

Take the M30 10.9 bolt connection combination as an example to see how the bolt tightening torque is distributed under different friction coefficients.

When the friction coefficient is 0.1

When the friction coefficient is 0.15

So is there any difference in the distribution of torque for bolts of different specifications? Welcome to leave a message to discuss!

What is the Difference Between a Socket Wrench, a Ratchet Wrench and a Torque Wrench

How to Disassemble Bearings

Bearings will inevitably need to be maintained or replaced after a period of operation. In addition, [...]
Read more
Uncategorized

The Working Principle, Use And Precautions of Hydraulic Nuts

In the 1990s, traditional nuts could no longer meet the fastening requirements of many heavy [...]
Read more
Uncategorized

What is the Most Appropriate Torque For Bolt Tightening?

According to statistics, in the final assembly tightening process of a certain brand of automobiles, [...]
Read more

2 comments on “During the bolt tightening process, only 10% of the torque is converted into clamping force. Do you believe it?”